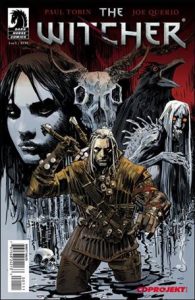 Netflix is developing and producing an English-language TV show based on The Witcher. The franchise started life as a series of fantasy novels by Polish writer Andrzej Sapkowski, before being turned into a number of critically acclaimed video games. Now it’s coming to the small screen, although there are no details on when the show might arrive.

In a press release Sapkowski said he would be serving as a creative consultant on the series. “I’m thrilled that Netflix will be doing an adaptation of my stories, staying true to the source material and the themes that I have spent over thirty years writing,” he wrote. “I’m excited about our efforts together, as well as the team assembled to shepherd these characters to life.”

It was previously reported that a movie adaptation of The Witcher was in the works for 2017, but it seems this effort has been scrapped in favor of a TV show. Sean Daniel (of The Mummy and The Expanse) was previously attached to the movie, but is now onboard to produce the Netflix series, along with fellow producer Jason Brown.

Filmmaker Tomek Baginski, best known for his Oscar-nominated animated short The Cathedral, is also involved, along with Jarek Sawko. Both Baginski and Sawko belong to Polish visual effects studio Platige Image which was responsible for the CGI intros for The Witcher video games.