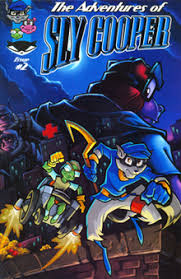 An animated adaptation of the Sly Cooper brand is coming in October 2019 with 52 episodes planned for the show’s first season.

It was announced last year that Technicolor Animation Productions would be partnering with Sony Interactive Entertainment to create a CG animation of Sly Cooper with all the most recognizable characters from the games included. Brand managers PGS Entertainment posted a listing for the Sly Cooper series that was shared to ResetEra, a listing that says the first few episode of the show are coming out in October 2019.

“Sly Cooper follows the adventures of an irresistibly charismatic raccoon, a modern-day Robin Hood, who restores justice to his city one theft at a time,” the summary of the show from PGS Entertainment said. “Mixing humor, action, and a remarkable cast of characters, Sly Cooper promises to be an unforgettable series.”

The series brings together the animated cast of Sly Cooper himself, the franchise’s protagonist, along with Bentley and Murray. A trailer that’s shown above is also included in PGS Entertainment’s listing, though it’s the same trailer as the one released years ago for the Sly Cooper movie albeit with the end that chopped off that originally said it’d be coming to theaters soon.

According to the listing, the first 26 episodes will be released starting in October 2019 with each of them running around 11 minutes. Beyond that, episodes 27-52 will be out in July 2020 to bring the total to 52 episodes for the first season.

PGS Entertainment also has an interview with Dev Madan, one of the original creators of Sly Cooper who worked as the games’ art directors. Madan discussed the upcoming Sly Cooper series, and though the listing for the series says that it’ll appeal to children ages 6-10, Madan said what many of us are probably thinking by adding that how well-known Sly Cooper is was instrumental when choosing a series to adapt.